E-way bill or Electronic Way bill is a bill issued for the movement of goods from one destination to another. This bill is must for the commencing the movement of goods, if the value exceeds ₹50,000/-. This e-way bill can be generated through e-Way Bill portal or Android App or through SMS or Excel for bulk generation of bills. On issuance of this bill, a unique E-way Bill Number (EBN) is allocated and is made available to consignor, consignee and transporter.

What happens when e-way is blocked?
If the GST registered taxpayer has not filed his GSTR-3B for two or more consecutive months or Statement in Form CMP-08, then the same will be reflected on the e-way bill system and will block the GSTIN of the taxpayer. When the bill gets blocked, it cannot be used for generation as Consignor or Consignee. When the e-way is blocked, the taxpayers face the following type of situations:
– Error message appears on the screen of the registered taxpayer trying to generate a new e-way bill for bulk generation.

-If any taxpayer/transporter enters the blocked GSTIN of another party while e-waybill generation, the similar message will appear. 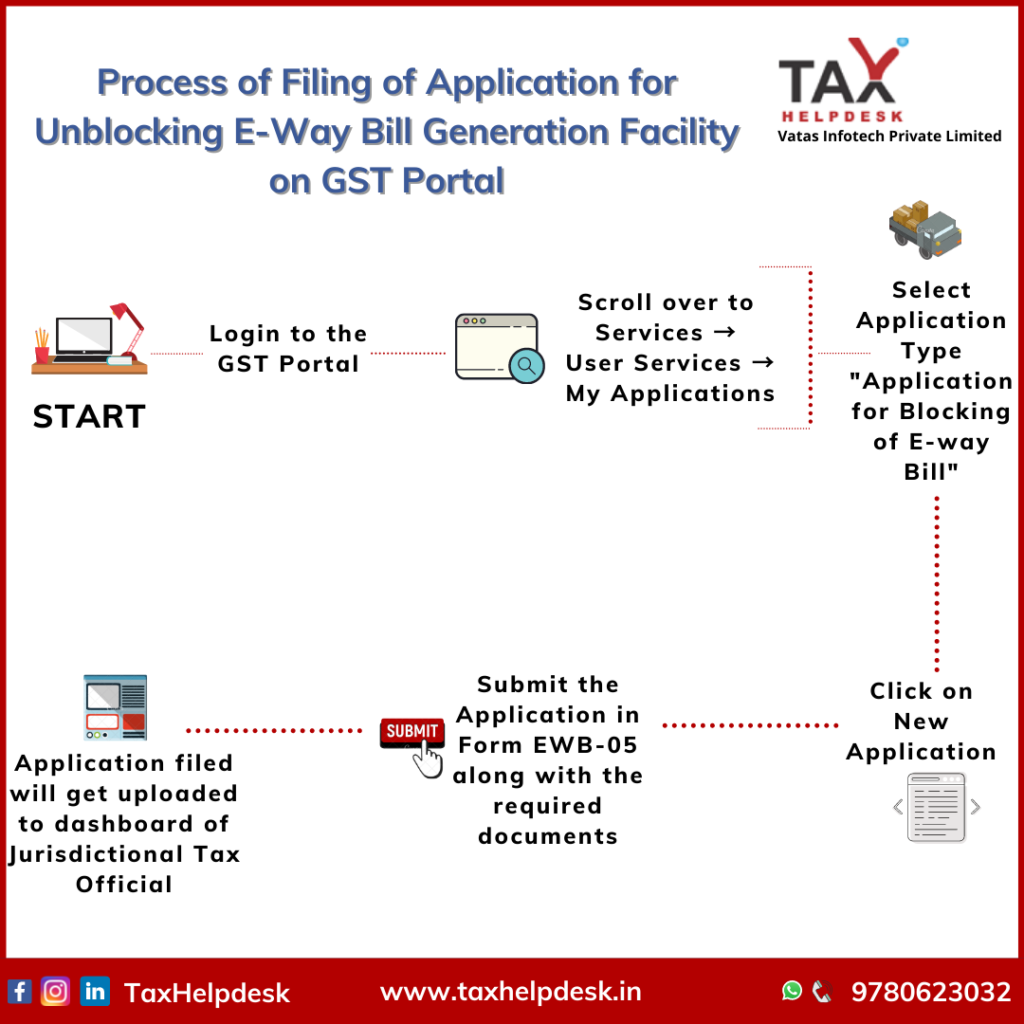